2019 has been the year of the country queer. Country’s front door has effectively been barred to LGBTQ+ artists since, well, forever, but this year that door got kicked in by three extraordinary talents: Brandi Carlile, Lil Nax X, and Orville Peck.

It’s not that there have been zero queer artists at the top of the charts: k.d. lang cracked the Top 10 and won a Grammy in 1989, Ty Herndon was a breakout star in the mid-90s, Chely Wright had a string of hits in the late ‘90s, and Billy Gilman was a child star in the early aughts – but none of them were out when they became stars, and their careers all suffered after they came out.

Hell, country music’s glacial pace in welcoming queer folks as first-class citizens is the reason we started this magazine in the first place. Our timing couldn’t have been better: in February, Brandi Carlile, who’s been out since the beginning of her career, walked away with an armful of Grammys and slayed an international audience with the Grammy telecast performance of her hit “The Joke.”

Lil Nas X, the young black artist known only to friends and family this time last year, broke out in spectacular fashion with his viral hit “Old Town Road”. The country-rap single was originally self-released, then re-released by Columbia in March (which kicked off an industry controversy when Billboard dropped it from their country charts), then re-released as a duet with veteran country star Billy Ray Cyrus in April, accompanied by perhaps the campiest major-label video ever released . “Old Town Road” gave Lil Nas X a massive platform for his coming-out in June, which did nothing to dim the popularity of his hit.

Orville Peck, the masked, pseudonymous hunk who croons about lonesome prairies and other Western delights on his debut album, “Pony”, has vaulted into the queer country pantheon this year, with an international tour, cover spreads in fashion mags British GQ and Bazaar Men, and a show-stopping appearance at Dior Men in Miami.

Carlile in particular continued to expand the role of LGBTQ artists in Nashville, co-producing and co-writing many of the songs on Tanya Tucker’s heralded comeback album “While I’m Livin’”; performing on best-selling albums by Maren Morris, Zac Brown and Sheryl Crow; and substantially contributing to the writing, recording, and performance of the all-woman supergroup The Highwomen. Onstage in her sellout arena tour and in her many interviews, she was outspoken about the rights of women and queer folks to be treated as equals in the culture.

Peck, Lil Nas X, and Carlile are only the tip of the spear when it comes to penetrating country’s conservative culture. The Highwomen released “If She Ever Leaves Me”, trumpeted as the “first gay country song” (it wasn’t, but that’s a different article), sung by Carlile. On the folky side, Amythyst Kiah snagged a Best American Roots Song Grammy nomination for writing “Black Myself”, and Che Apalache nabbed one in the Best Folk Album category for “Rearrange My Heart.”

Well-known artists like Sarah Shook and Aaron Lee Tasjan staged national tours this year. Up-and-comers Karen & The Sorrows and Mercy Bell found themselves on a passel of end-of-the-year lists with brilliant releases just in the past couple months. Icons and allies such as Tanya Tucker, Dolly Parton, and Kacey Musgraves stepped back into the spotlight this year. And pioneers like Mary Gauthier and Patrick Haggerty (Lavender Country) continued to tour internationally.

As much progress as LGBTQ+ folks have made in country and Americana this year, we see no reason to expect anything less next year. Brandy Clark is fixing to release a new album. So are queer allies The Dixie Chicks. Sarah Shook and the Disarmers and Aaron Lee Tasjan both have albums in the pipeline. Be on the lookout for a new albums by talented under-the-radar bands Paisley Fields and The Secret Emchy Society. Patrick Haggerty, the granddaddy of queer country, will be touring with Lavender Country.

And we’ll be here to tell you all about it.

So pop a cork, country queers: this is a movement, our movement, and we’re on the march! 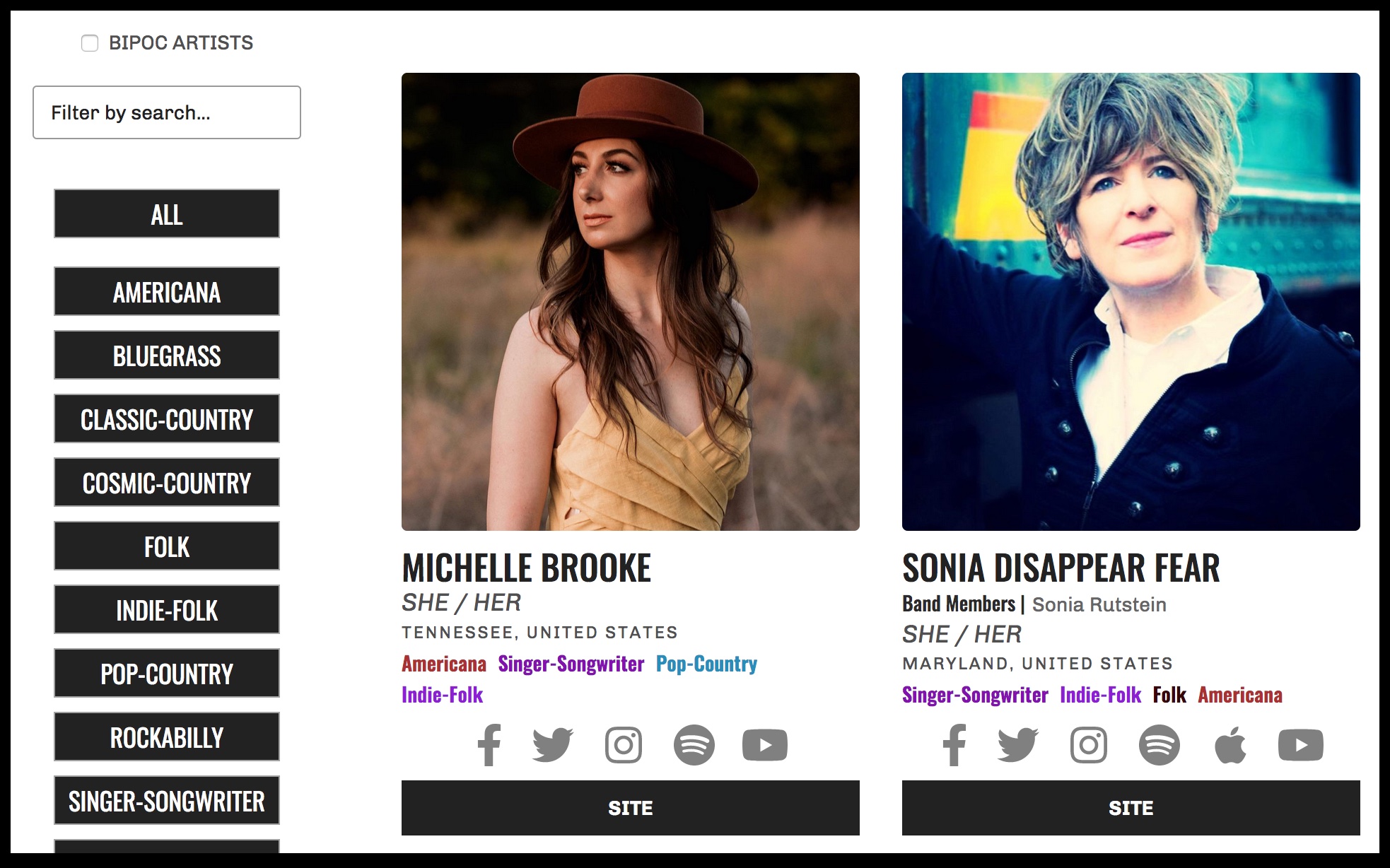 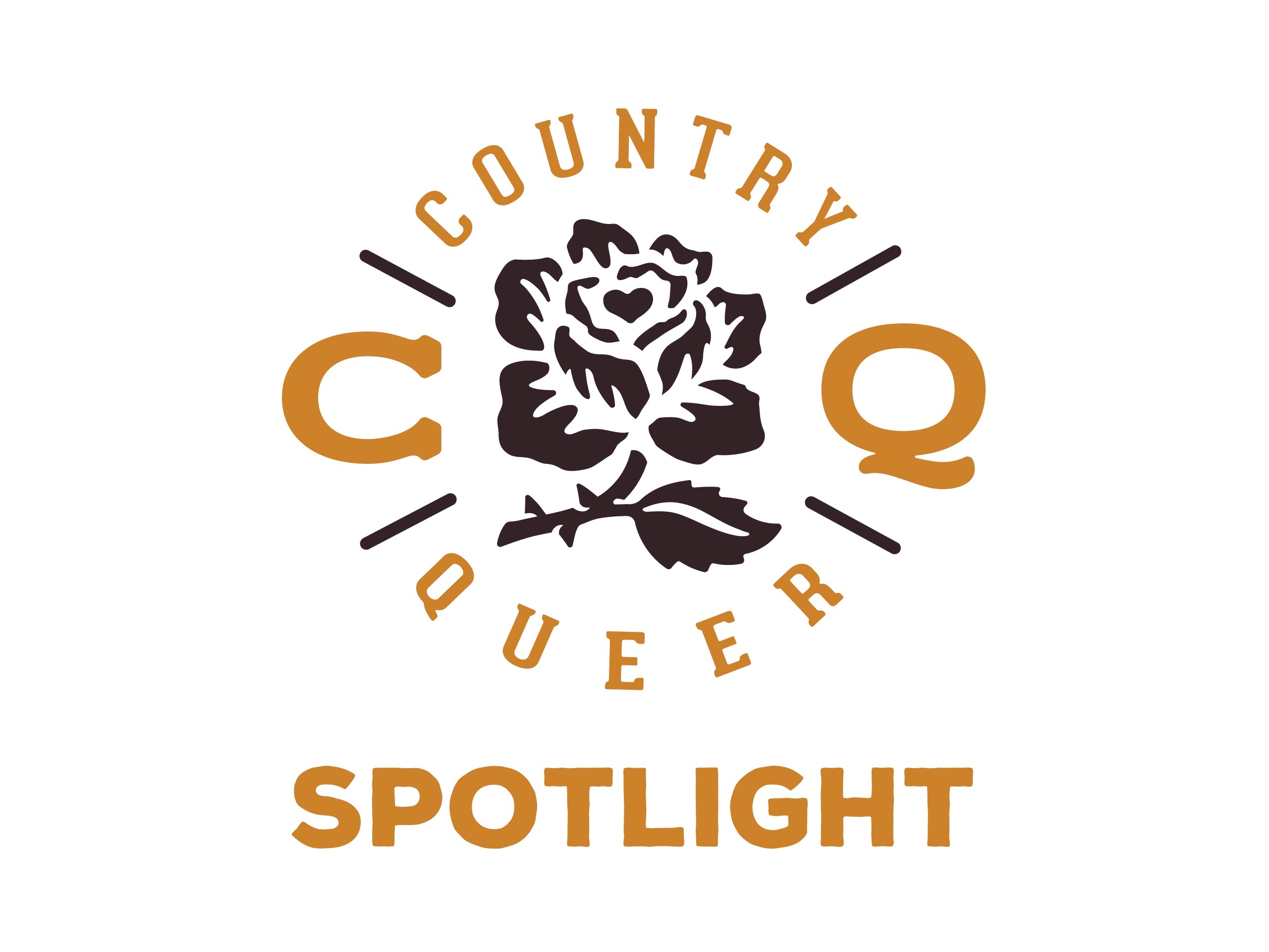